The History of Jimmy Dorsey 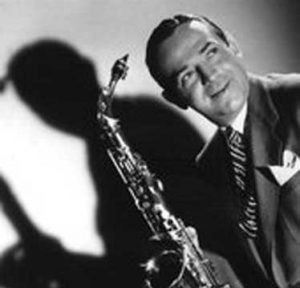 Jimmy’s musical training began when he was a young boy in Pennsylvania. Along with his brother Tommy, the talented young musicians joined Paul Whiteman’s Orchestra and at the same time they were recording many records under the billing “The Dorsey Brothers Orchestra”. Their band continued through the early thirties until a dispute over a tempo of a song separated the brothers for decades.

Jimmy found himself an instant leader of the band that became the birth of the Jimmy Dorsey OrchestraTM. His records sold well in the thirties, but as the forties got under way it was apparent that Jimmy and his band had jumped to the top of the charts. Jimmy had so many hits that he was known as the “Juke Box King”, which made him the biggest success story of the time. Over the years, Jimmy had many other hit selling records and a series of motion pictures followed, establishing him firmly on top. 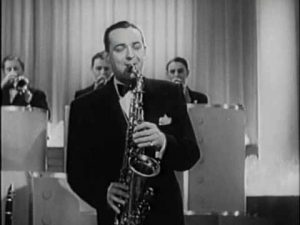 During the early fifties Jimmy was still a successful name in the business. Even with all of his success, he joined forces with his brother Tommy in 1953 to become the greatest band of all time.

With the untimely death of Tommy in 1956, Jimmy once again was left to carry on, but only for a short time as his own health was failing rapidly. In 1957 he left us with his last and greatest hit “So Rare” which topped the nation’s popularity charts selling over a million records.